What We Know About the Next Mass Murder 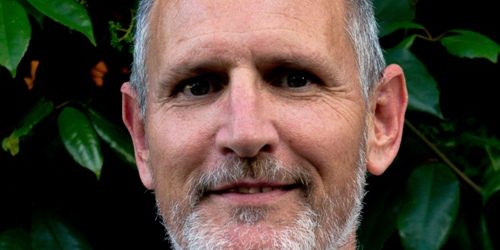 We can not identify the next public murderer. We do not know his name or where he lives. Despite the unknown details, there are clear trends from past events. We do know that he is probably not a trained terrorist, but an individual who lashed out with this one violent act. The most important fact is that we know there will be another public mass murder. We also know there are actions we can take now that will reduce the damage to come. This is what is likely to happen.

Who is the murderer?
Like his predecessors, the next mass murderer will have a history of mental illness. He will not be flagged as a mental health risk to himself or others despite that history. The murderer will have either failed repeatedly as a student or have been fired by several employers depending on the murderer’s age and the onset of mental health problems. The murderer will also have broken relationships with his family and friends. Some will be his fault, and some of the broken relationships will be due to unfortunate circumstances.

In his mind, these slights justify the murder of innocents. The murderer will probably play violent video games as he substitutes an online fantasy where he can succeed for the literal reality where he fails. These games become an outlet for his anger.

What will be the political reaction?
The groups who want civilians disarmed will come out with exaggerated figures about the attack. They will inflate the rate of violence in the United States and demand that only the police have guns. These anti-rights spokesmen will include paid anti-gun groups, celebrities seeking attention, and politicians seeking campaign cash. The NRA will be blamed for the attack.

They will claim they can stop evil men by disarming honest men. Though it now sounds foolish in the calm light of reason, this emotional appeal to “do something” will persuade the low information citizen who only reads the headlines.

Some people are evil, and the mental health profession can not help sociopaths.

Can we protect our churches and schools?
Fortunately, most violence is not a case of mass murder. Many of the safety measures that protect us every day also reduce the damage caused by a deliberate public murderer. We should design and modify our schools and offices with physical safety in mind. We can easily limit a murderer’s access, his mobility and his visibility. This can be as simple as changing the way doors lock and putting curtains and plastic films on windows.school-with-glass-block-2

What can we do today?
Schools should have a safety audit and start a safety plan. They should practice regular physical safety drills with police and emergency medical personnel. Schools and public buildings should have simulated drills so the police and staff know who to contact and what to do.

What can we do until help arrives?
We can train staff to stop an active murderer and to keep the injured alive. Many of us have received some level of emergency medical training. We should pre-position medical trauma packs in place.

What laws and regulations should we change?
People at the scene of the crime are the first responders. About one out of 15 adults has a license to carry a concealed weapon. They carry everywhere they are legally allowed, both at home and at work. The so called “gun free zones” only turn aside honorable people and leave murderers unopposed. To allow these licensed carriers to protect themselves and others, we must remove the regulatory barriers of “gun-free zones”. We should also change laws to hold property owners liable for the “gun free zones” they leave in place.

We can shame the media who turn the killer into celebrities.

This is what we know and what we can do today. We can reduce the damage caused by the next mass murderer.. or we can wait and do nothing as they kill again.
~_~_

What We Know About the Next Mass Murder

Searching for the Perfect Gun by Rob Morse
February 26, 2016

My Reply to the Presidents Speech After Oregon Shooting
October 3, 2015